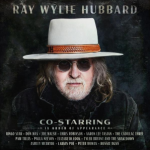 The grievous tears come upon me in consequence of Route 91

Everybody’s talking, no body’s listening..It’s like we just speaking in tongues

All the rock gods are dead or dying

Seems the whole world is broken and crying

It is more than prayers we are needing

We’re all on a cross, alone and bleeding

Hey engineer can you take it back

This train is coming off the tracks

We were as beautiful as angels

When we were born with virtue and trust

Then our innocence was lost, burned off or turn to rust

We were betrayed by black winged shadows

Rising in the darkness at dusk

Stealing us away from the light, leaving broken toys in the dust