Conversation With The Devil 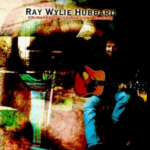 Album: Crusades of the Restless Knights

Conversation With The Devil

It hardly ever rains down here, I can’t recall the last storm

You’re not gonna need that leather jacket, it gets kinda warm

There’s one way in, no way out, looks like you’re here to stay.

The place is a mess, it’s over crowded and more are comin’ in every day”

I said, “Awe man, wait a minute, there’s gotta be something wrong

I ain’t a bad guy, I just write these little songs

I always pay my union dues, and I don’t stay in the passin’ lane”

He said,” What about all that whiskey and cocaine?”

I said, “Well, sure man, but that no reason to throw me in hell.

I didn’t use the cocaine to get high, I just liked the way it smelled”

He said “Come over here son let me show you around

Over there’s where we put the preachers; I never liked those clowns

They’re always blaming me for everything wrong under the sun

Its not harder to do what’s right, its just maybe not as much fun

“Now all the murders and rapists go into a fiery lake

“Every body’s down here, I said, who’s up in heaven with God and the son?”

“Oh some saints and mystics and students of metaphysics 101

How can God do this to me can’t you sympathize?”

He said, “You’re wrong about God being cruel and mean

God is the most loving thing that’s never been seen.”

“Well, hot shot,” I said, “Tell me this which religion is the truest?”

“They’re all about the same” he said “ Buddha was not a Christian, but Jesus would have made a good Buddhist.”

Looked around to leave but there was no place to run

I said,  “I don’t suppose I could go back and try living again

You know like reincarnation, I hear that’s the way it’s always been.”

“I can’t answer that,” he said “you’ll have to wait for that response

But, it’s not any more unusual to be born twice than it is to be born once”

I thought I might as well suck up, what the hell

I said, “You know that song that Charlie Daniel’s did

About how you went down to Georgia and played fiddle against that kid?”

“ Well to tell you the truth I thought your solo was the better of the two”.

Then I woke up and I was lying in my bed

I said, “Don’t ever speak to me directly and thanks anyway”

Some get spiritual cause they see the light and some cause they feel the heat.