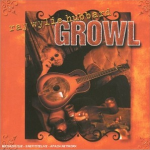 He throws Little Joe from Kokomo, and a Fever in the Funk house

Eighter from Decatur, and the Preachers in the Whorehouse