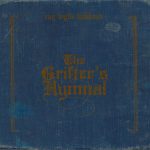 When I was a young man about 21 years old y’all
All I wanted was a stripper girlfriend and a Gold Top Les Paul
Be careful of the things you wish for, you might get em

There was a night club in Dallas, called Mother Blues
It’s where Lightning Hopkins played and Freddy King even payed some dues
All the dealers, and gamblers and young white hipsters
They all made the scene
The girl at the door who checked ID’s was just 16

Aw, it was not a place for law biding citizens

Jackie Jones he had em a habit, he just couldn’t stop
Said give me 500 dollars and I’ll sell you my Les Paul God Top
I drove my daddy’s car down to Ross Avenue and I sold it
I guess I should have told him
He eluded to the police someone stole it

Everybody knows that the real nightlife begins after the clubs close
What they call after hours
It’s 2 am and everybody’s gone but the band, the dealers and Jack Jones
And then the girls from the landing strip club come over
After they put their clothes back on
So I’m at Ma Blues and I’m sitting on an amp, I’m playing Twist and Shout
And this tall drink of water walks in like she might have to shoot her way out
She come up to me and she said “You know anything good on that guitar?”
I didn’t say nothing, I just kept on playing
She said “Have you ever heard this song called  Polk Salad Annie?”
I just kept playing
She said “Every time I hear that song my insides feel like warm butter and I just wanna
take off my clothes and dance around in my underwear”
I said “Down in Louisiana, where the alligator grow so mean”
That’s all I knew of it and it was enough

So we hit it off me and this dancer
We hit it off like a metaphor
Like a metaphor for a hydrogen bomb
We was enriched uranium, super critical mass, we was a chain reaction
It was love and lust, aw mostly lust but a mutual attraction
So there I was boys at 21 years old, I had it all
I had a fine stripper girlfriend and a Gold Top Les Paul

Aw, the future, it looked promising
Oh but there were dark clouds on the horizon

Well now me, I never busted through the gates into the big time
as a rock and roll star
For 40 years I just carried around an old Gold Top guitar
But love and fate are mysterious things in this funky old world
It was 20 years ago I ended up marrying that Mother Blues door girl
We had us a boy, he’s 18 years old now. He’s playing guitar
He ended up with that Les Paul Gold Top, yes he did
Now I don’t know if he’s gonna hang his life on it or not,
But I’m very grateful for the time I get to share the stage with him
I’m grateful for the time I get to play with musicians like
George Reiff and Rick Richards
I’m grateful that I get to write these old songs and travel around the world and play them for people
And they come out and hear me play
And the days that I keep my gratitude higher than my expectations
Well, I have really good days